Home » Blog » Facial Recognition – How does it work?

Facial Recognition – How does it work? 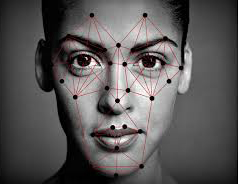 Facial Recognition is a technology that has been over promoted for many years. Much of the attention has come from Hollywood where it has magically solved all manner of crimes on television and in the movies.

In recent years, it has been implemented in commercial applications with good levels of success. The most popular of these has been at our international airports where we can now stand in front of a camera and it decides if we are who we say we are.

So how does it work?

Up until now, the technology has only worked well in sterile environments. Artificial lighting perfectly illuminates the target area in order to best capture the subject at hand. Where people stand relative to the camera is also very strictly controlled which gives the technology the best chance of success.

The use of Facial Recognition in the broader commercial space is fast becoming a reality, with the latest systems far more capable than earlier iterations.

I witnessed a very capable system over the last week and the results appear solid. The application was setup in quite a busy hotel environment using a good quality internal camera. The system captured faces seamlessly and would raise an alert if a person of interest was detected. Once a person was flagged within the system, the system would then find all the other instances where that person had been detected over the duration of the archive period.

This makes it incredibly easy to track someone’s movements over a period of time. For example, in a retail environment if you flagged someone as a suspected shoplifter, the system would bring up all the other times that person had been in the store. There is a working system where it has been deployed to alert security anytime a known shoplifter enters the store. It allows store owners to be very proactive in loss prevention practices.

For pubs and clubs or any premise for that matter that has cause to exclude people from entry, the system will provide alerts with reasonable accuracy levels if an excluded person was to again entry to the premises.

There are two ways to build the system database – import images manually which can be permanently retained by the system. Or, allow the system to record faces of everybody who enters the premises, which are overwritten over time if they haven’t been flagged for permanent retention.

The shortfall in the system is that if a user is not in the database, the system cannot find them. It is also not practical to have Facial Recognition capability on every installed camera due to licensing and hardware requirements unless the CCTV system is quite small.

In most enterprise applications where 100 or more cameras could be installed, you would typically apply Facial Recognition to the building entry points. And this is logical because everyone will enter or exit a building through an opening that is typically 2 to 3 metres wide. It is the ideal spot to capture high-quality facial imagery.

As a counter-terrorism measure, it will only be helpful if you know who you are looking for. The systems are not intelligent enough to flag people based on any criteria other than a digital image. Without the digital image to reference people against, Facial Recognition technology will be of little or no value.

What is available now is as good as it has ever been and will no doubt get better over the coming years.